(MAY 27, 2020) The Intercity League Board of Directors continues to work toward an abbreviated 2020 season. The Board met for the fifth time in the last eight weeks, via Zoom Conference, on Wednesday night.

The Board unanimously reiterated its’ position that the safety of players, managers, administrators, umpires, and fans remains the number one priority should ICL Baseball become a reality at some point this summer.

The Board has begun to formulate league guidelines for a potential season that would begin no earlier than July 6. In addition to the stringent league guidelines that are being drafted, the ICL would strictly adhere to any standards required by the Commonwealth of Massachusetts as well as the cities and towns where ICL games may be played.

If both Phase 1 and Phase 2 of Governor Charlie Baker’s reopening plan go as currently proposed, Phase 3, which would allow baseball games to resume, could begin as soon as June 29.

Any potential ICL season would conclude with a double elimination tournament in place of our usual playoff format. Both the shortened regular season and the post season tournament will only be conducted if we determine it is safe to do so and the regulations and guidelines in place at the time would allow.

Our next meeting is scheduled for Tuesday, June 9. Our meeting will follow Governor Baker’s much anticipated June 8 COVID-19 briefing. It is our hope that any prospective path forward will become much clearer at that time.

We will continue to keep everyone informed.
Please stay safe.
ICL Board of Directors

A MESSAGE FROM INTERCITY LEAGUE BASEBALL Hope this message finds everyone in the ICL Family safe and healthy. The ICL is monitoring all directives from federal, state and city officials as it relates to COVID-19. Obviously, we are uncertain as to what those directives will be as we approach the 2020 Summer Season. The ICL’s […] 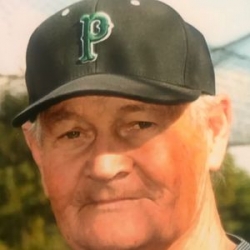 Tommy Mandile, one of the greatest pitchers ever to come out of this area, passed away this week. Tommy played for the Hosmer Chiefs and Medford Mustangs during his ICL career. He played in Chicago Cubs system for many years. At the end of his playing career Tommy became an umpire in the ICL. He […]

The Intercity League has announced its Hall of Fame Class for 2020. The event will now be held on Saturday evening, November 21st at Anthony’s in Malden. Details will be announced shortly. For Information contact Event Chairman Orazio Azzarello at (617) 839-6843. Here are the 2020 Hall of Fame inductees: Chuck Andre – Chiefs Dave […] 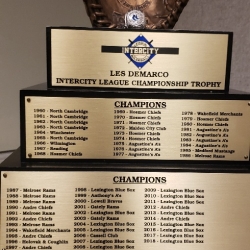 By Bruce Hack Lexington Media Relations Director   Melrose – John Puttress’ clutch two-out, two-run single in the top of the fourth gave Lexington a 3-2 lead. A lead the Blue Sox would hold on to and come home with their 15th Intercity League Championship.   The title was the 11th in the past 13 […]

By Bruce Hack, ICL correspondent Lexington – The Intercity League All-Stars found themselves on the wrong side of history as the Boston Park League won 2-1 in the opening game of the 2019 Eastern Mass Amateur Baseball Classic. On a beautiful day for baseball, one that would have made Ernie Banks happy, the Park League […] 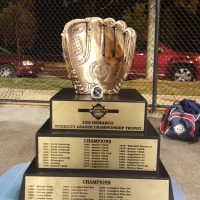 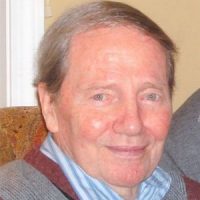 ICL President Emeritus and longtime Wakefield Merchants owner & manager Les DeMarco passed away on Friday, February 2, 2018. He would have turned 89 on Monday. Les holds the distinction of being the first person elected to the charter class of Intercity League’s Hall of Fame in 2010. A great man who will be missed. […]

Melrose – Dorian Rojas singled to left to drive in Jeff Vigurs with the championship-winning run in the bottom of the tenth giving Lexington its third consecutive title and 13th overall. Vigurs lead off the tenth with a bunt single against J. P. Songin, who had taken the hill for Reading to start the inning. […]