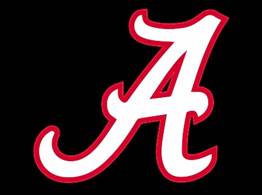 For nearly three decades, the name “Alibrandi” has been synonymous with winning around the Greater Boston amateur baseball circuit. Founded by David Treska and Michael Powers in 1990 and named after legendary barber Tony Alibrandi (who can still be found cutting hair at his barbershop on Holland St. in Somerville), The Somerville Alibrandis tallied an astonishing 18 League Championships in the last 20 years of play in Boston’s Yawkey Baseball League. In 2018, the core of the team that has won the last eight YBL titles (2010-2017) looks to continue that winning tradition in the Intercity League under the guidance of local legend David Lightbody as the newly formed Alibrandi Baseball Club.

The 2018 Alibrandi roster boasts 8 ex-professional ballplayers, 4 former college All-Americans, and a slew of All-region and All-Conference selections who have been playing together for the better half of the last decade. Despite being the “new kids on the block”, several names on the Alibrandi roster will be familiar to fans of the ICL, including: Bobby Barrett (Testa Corp), Mark Addesa (Testa Corp), Anthony Del Prete (Testa Corp), David Lightbody (Gately/Wakefield), Paul Frisoli (Arlington), Mike Maguire (Cassell Club), and Ted Dziuba (Cassell Club). Mixing in some fresh talent from local universities, this veteran squad will be primed to make a splash in their inaugural ICL campaign.

Trum Field in Somerville, MA has been home to the Alibrandis for years, and will continue to host the Alibrandi Baseball Club in 2018 along with additional home games at Ferullo Field in Woburn, MA.

Alibrandi Nation extends its sincere thanks to the Intercity Baseball League for allowing us to continue our love of this great game in the most competitive atmosphere available.