Matt Karis (2-0) got the win, and Dan Graham hit his first homer of the year, when the Blue Sox beat the Wakefield Merchants 6-3 in Lexington. It was Lexington’s eighth win in a row.

At Endicott, Mitchell Clegg (3-1) tossed a four-hitter to pitch the Chiefs past the Bulldogs 7-1. Mike Andre had two RBI’s and Shane Stande had two hits, an RBI, and scored three runs for the Chiefs. Mike Taylor had a triple and a double for Reading.

In Watertown, the Reds scored three times in the bottom of the fifth, and the Melrose Americans responded with six runs to take a 6-3 lead in the sixth, only to see the Reds come back and tally four more times in the home half of the inning to take a wild  7-6 win at Victory Field. Mike Samko had three hits and three RBI’s and Dan Chaisson added a triple for the Reds. Charlie Huegi had two hits, including a double, and a couple of RBI’s for the Americans. C.J. Barrett (1-0) recorded the win and Sean Mahan chalked up his second save of the season.

The Americans visit the Blue Sox at Lexington High at 8:00 PM in the only ICL game scheduled on Friday.

Tweets by iclbaseball
Coach Steve Calabresi to now be Remembered on Tuesday, August 8th at Morell... 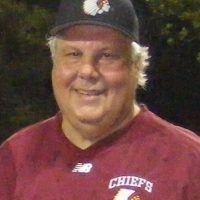