Tony Serino’s two run inside the park homer keyed the Chiefs 4-2 comeback win over the Reading Bulldogs at Maplewood. The Chiefs rode righty Jared Freni (2-0) to their third straight win. Nate Witkowski and Shane Stande each had two hits for the Chiefs who erased a 2-0 Reading lead with four runs in the fifth inning. Tyler Cedeno had three of Reading’s five hits. Freni struck out 11. Southpaw Cam Lanzilli (1-1) shutout the Chiefs over the first four innings but took the loss.

At Morelli Field, Kyle Autilio (1-1) tossed five innings of two-hit ball, and Aran Hamilton-Grenham picked up the save, when the Melrose Americans handed the Somerville Royals their first loss of the season 6-2. Dave Center was the center of the Americans’ offense with three RBI’s that included his first home run of the year. Casey Santos Ocampo added two hits including a double and an RBI. Adam Johnson and Brady Chant had a couple of hits each for the Royals. Jonathan Richard (1-1) took the loss.

Alibrandis got their first win of the year, scoring five times in the top of the sixth, to knock the Wakefield Merchants from the unbeaten ranks 6-2 at Walsh Field. Chris Costa (1-0) allowed just three hits over his five innings to record the win. Mark Addesa had two hits and an RBI and Dave Lightbody had a two run double in the sixth inning for Alibrandis. 2017 ICL MVP Bobby Lossano had two of the Merchants eight hits.

On Thursday, the Chiefs visit the Blue Sox in Lexington at 8:00 PM in the only game on the ICL schedule. 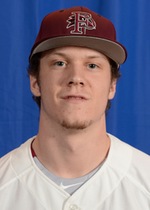