Melrose – Lexington grinded out a 5-2 win over Alibrandis Monday night at Morelli Field to take a 1-0 lead in the best of five finals.

Game two of the finals is Tuesday night at Morelli Field in Melrose. Game time is scheduled for 7:45.

The Blue Sox knocked out 14 hits, 13 of them singles. The Sox had a hit in every inning, including two four-hit innings.

Despite all that offense it was Alibrandis who struck first. In the top of the first, with two outs Teddy Dziuba homered to right, his first of the playoffs, to give the visitors a 1-0 lead.

Lexington wasted no time and came right back in the bottom half of the first. Aaron Barbosa, Kyle Adie and Ross Curley hit three straight singles, with Curley driving in Barbosa to knot the game at 1-1. After a strikeout, Richie Burgos knocked out the fourth single of the frame to load the bases. Ryan Beradino grounded out to second driving in Adie and Lexington took the lead for good at 2-1.

Dom Zaher had a leadoff double to start the second inning. John Puttress dropped down a sacrifice bunt and Matt Horan came off the mound to field it, his throw to first was high and sailed into foul territory allowing Zaher to come home and give the Sox a 3-1 lead after two.

A Juan Parra solo home run, also his first, to left in the third cut the lead to 3-2, but Alibrandis would not cross home plate again.

Lexington added on two insurance runs in the fifth and sixth innings.

Zaher and Burgos each had a three hit night. They also each drove in a run and Zaher scored once.

Matt Horan, 1-1, pitched a complete game for the Alibrandis. He gave up 14 hits, five runs, four earned, struck out eight, and walked two. 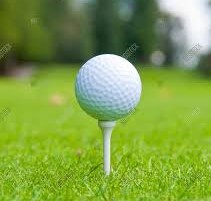