You are here: Home / Featured Story / This one’s for Dave

Melrose – Determined to win for their stricken Blue Sox brother and teammate, Dave Ahern, Lexington held on for a hard-fought 5-4 win and a sweep of the Andre Chiefs for its 12th Intercity League Championship in 22 seasons.

For the third straight game, and fifth consecutive playoff game against Andre, the Sox scored in the first inning.

After a leadoff out, Taylor Ferguson (Holden/Rollins) singled and Dan Graham (Lowell/Central Connecticut) walked on four straight pitches to put Blue Sox on first and second. Julian Alvarez (Boston/Lee) followed with a double to the gap in left center and it was 2-0 Lexington as Graham beat the throw to the plate.

The Chiefs did not wait long to strike back.

In the bottom of the first, Tony Deshler (Pepperell/Brandeis) reached on an infield single into the hole at short. After a Billy Mottram (Haverhill/Dowling) fly out to left, Pete Copa (Malden/UMass-Amherst), was hit by the first pitch from Sox starter, Matt Karis (Southborough/Gettysburg). Chief’s catcher, Jordan Pallazola (Rockport/Framingham State) singled into left and Deshler scored cutting the lead to 2-1.

Lexington scored three more in the third for all the runs it would need. With one out, Chiefs starter Jared Freni (Malden/UMass-Amherst) walked Ferguson and Graham for his second and third walks of the game. It was the fourth walk to Graham by Freni in the last five plate appearances between the two veterans. Alvarez doubled down the right field line and Ferguson scored for a 3-1 lead. Then with two outs, Dorian Rojas (Boston/Cumberland) singled up the middle to drive in Graham and Alvarez and it was 5-1 Blue Sox.

Karis had gotten on a roll and retired eight straight Chiefs from the second through fourth innings before Mike Barbati (Melrose/Endicott) doubled to left to begin the bottom of the fifth. Barbati moved to third when Tony Serino reached on a fielder’s choice and scored on an infield single by Deshler, his second infield hit of the game.

The Chiefs were not finished as Copa walked to start the sixth and Lexington manager Rick DeAngelis came out to talk to his ace. After a brief discussion Karis left the game to a loud round of applause and in came side-armer Rob DiFranco (Melrose/Bates). On a 0-1 pitch, Pallazola took DiFranco deep over the center field fence at the 385-foot sign and suddenly the Blue Sox lead was down to one at 5-4.

DiFranco regrouped and got designated hitter Mike Andre (Medford/Merrimack) on a foul pop up to third and then retired Barbati and pinch-hitter Ryan Sonberg (Windsor, CT/Bates) on ground balls to short that ended any further scoring opportunities for the Chiefs.

For Lexington’s veteran hurler, Karis, it was his second win of the postseason and the eighth straight year he has had two wins in the postseason. He pitched five innings, scattering five hits, allowing three runs, walked two, and struck out four.

It was a different story for Freni the Chiefs ace, who had been a nemesis for Lexington over the past six seasons. Maybe it was the date or the memories of what happened exactly a year ago, but Freni had the shortest start of his career against Lexington in the playoffs. In four innings he gave up four hits, five runs, all earned, and uncharacteristically walked five Sox batters. After Alvarez’ double in the first, Freni set down six straight Lexington hitters, before Ferguson started the third inning rally with a walk.

This championship featured the awarding of the Les DeMarco Intercity League Championship Trophy for the first time. The trophy lists all the ICL champions since 1960. 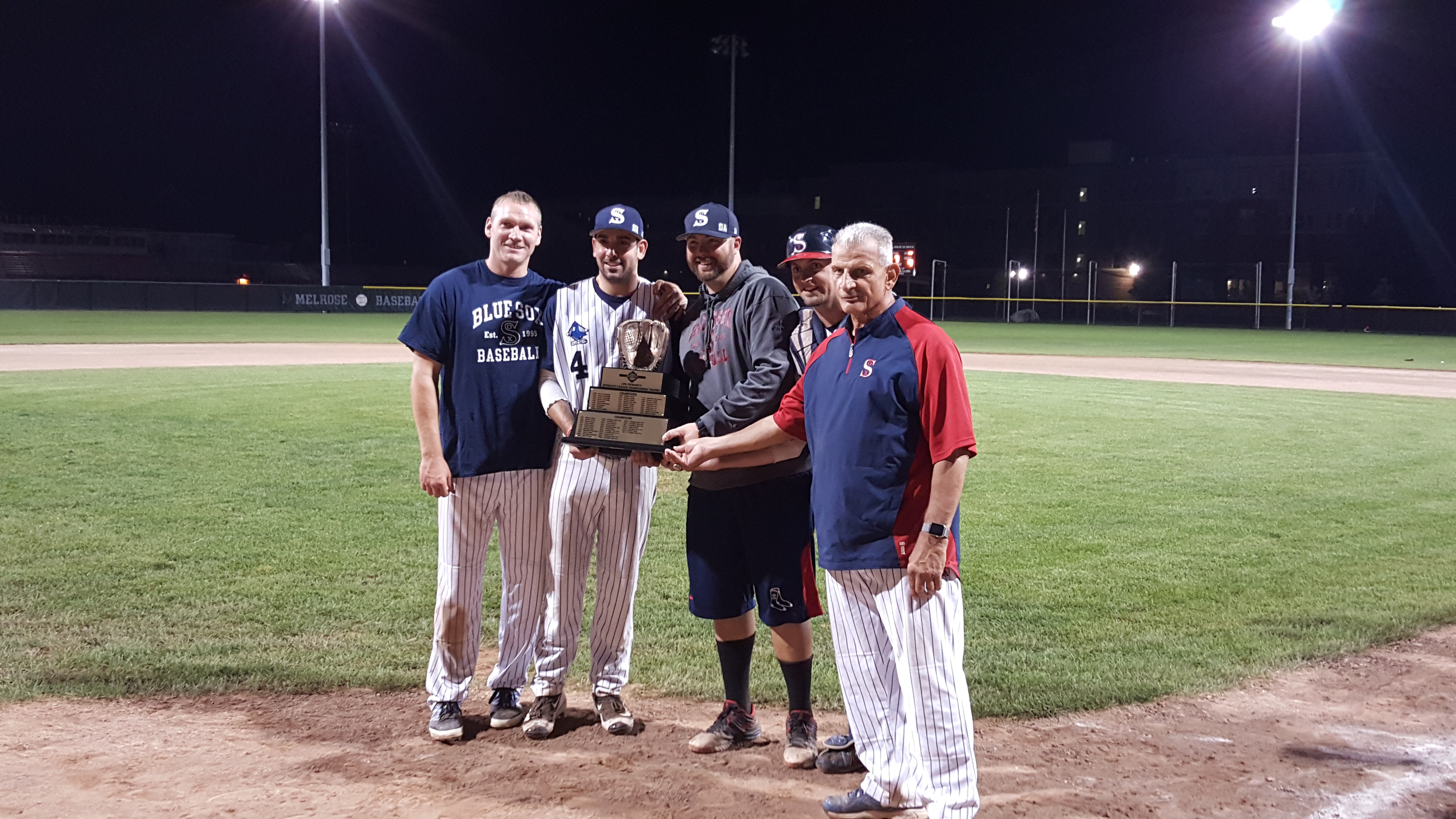 For both teams it was the culmination of a long summer of baseball. The Chiefs had swept Lexington in all four regular season games, for the first time since 2006. The Chiefs finished 20-7-1 in the regular season for 41 points and in first place for the third time in the last four summers. The Blue Sox found themselves finishing in third place at 19-8-1 for 39 points, which had them not receiving a first-round bye and playing an extra round of playoff games for the first time in over a decade. That did not deter the Sox as they defeated Somerville 2-0, then Watertown 3-1 in the semis before sweeping the Chiefs 3-0 in the finals. 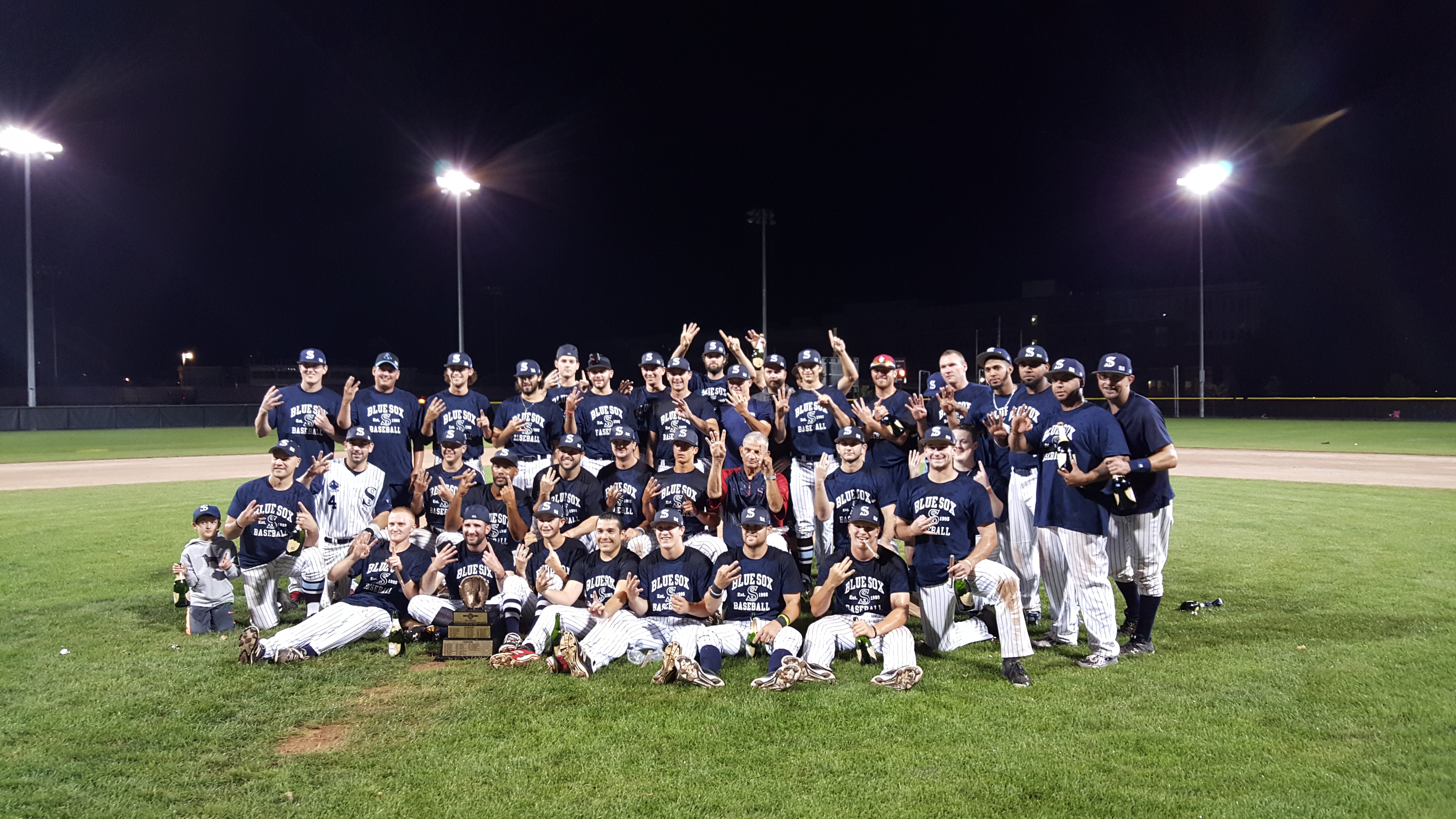 For the third straight season, the league champion was crowned at Morelli Field in Melrose and the games were well attended by ICL fans that were treated to outstanding baseball. Now for final time the lights have been turned off at Morelli and the boys of summer will be heading back to college or work and only have memories of the 2016 season. All of the league teams say thank to the fans for coming out and cheering on the players and supporting the teams and look forward to the 2017 season. 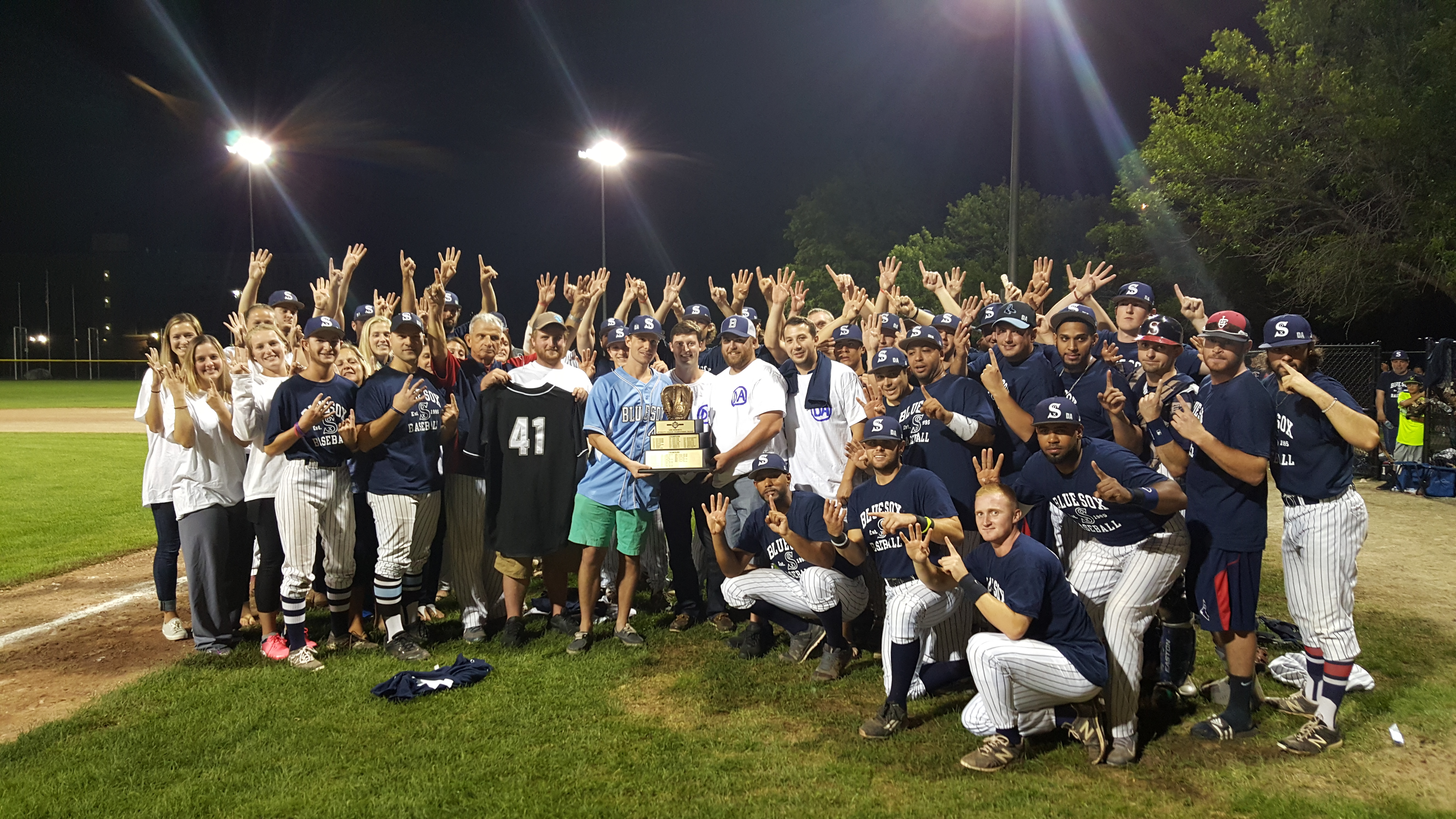 Friends and family of Dave Ahern celebrate with the Blue Sox. 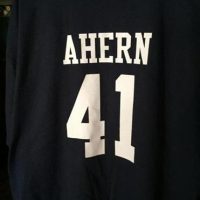