You are here: Home1 / News and Notes2 / Alibrandis edges Lexington 2-1 moves to within one win of reaching fin... 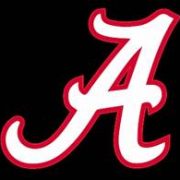 Lexington – Veterans Teddy Dziuba and David Lightbody drove in runs in the fifth inning to give the Alibrandis a 2-1 lead. A lead they hung onto and won game three of the best of five semifinals 2-1 to take a 2-1 lead in the series. The win puts the Alibrandis one win away from going to the Intercity League finals in their inaugural season in the ICL.

The fifth inning started with Lexington up 1-0. Matt Henrickson singled to left to start the rally. Hendrickson advanced to second on a sacrifice by Mark Addesa and went to third when Juan Parra reached on an error. Mike Maguire followed with a single through the right side and Hendrickson tried to score from second only to be thrown out at home by right fielder Aaron Barbosa for the second out of the inning. The next batter, Dziuba,  singled to right on the first pitch he saw, to drive in Parra. Player-manager Lightbody singled to center on a 1-0 pitch to drive in Maguire and it was 2-1 Alibrandis.

Lexington had taken the lead in the bottom of the fourth, the earliest in the series the Blue Sox had scored. With two outs Justin Silvestro reached on an infield single. Thomas Russo walked, the fifth of the game  for the Sox, and there were runners on first and second. Barbosa singled to left on the 11 pitch of his at bat to drive in Silvestro for the 1-0 lead.

Mike Geanellis (0-1) took the loss for Lexington, but pitched well enough to win if his offense had been able to deliver. He scattered seven hits, walked none and struck out four in five innings of work.

Lew Jensen (1-0) earned the win for the Alibrandis pitching five innings, giving up four hits, a run, walked six, and struck out four. None of the six Blue Sox he walked scored. He stranded runners at first and second in the second, third, and fourth innings. Chris Costa pitched the last two innings for the save. He struck out four.

Dziuba, Lightbody, and Maguire each had two hits for Alibrandis

The two teams return to Maplewood Field at Malden Catholic for an 8:00 pm contest Monday night. The Alibrandis look to close out the series and advance to the finals. The Blue Sox hope to continue the visiting team winning every game and extend the series to a fifth game.