John Jennings (pictured) hit a walkoff home run in bottom of the 7th inning to give the Melrose Americans a 2-1 win over the Lexington Blue Sox at Morelli.  The Americans tied the game in the sixth on Will Shackleford’s RBI single, scoring Dan Cacciola. Lexington took a 1-0 lead in the first on an RBI single by Julian Alvarez that brought in Thomas Russo, who had doubled.  Kyle Autillo pitched seven strong innings, scattering eight hits and striking out two to get the win.

Ryan Collins had three hits and Dillon Koster and Paul McGunigle had two RBI’s each to lead the Wakefield Merchants past the Malden Maddogs at Walsh. Joseph Maguire (3-0) went four innings in relief to pick up his third straight win of the season.

At Maplewood, the Watertown Reds broke open a close game, scoring six runs in the top of the seventh to send the Andre Chiefs down to their fourth straight defeat 11-4. Worth Walrod (3-0) went six innings to get the win while Jared Freni (3-1) took the loss.

The Somerville Royals and Alibrandis played to a 3-3 nine inning tie at Trum Field.

Thursday’s Reading vs. Alibrandis game, that was scheduled in Lexington, has been postponed due a field conflict. 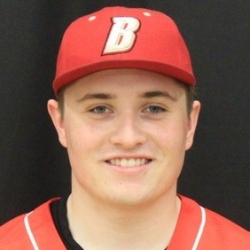