You are here: Home1 / News and Notes

The Blue Sox scored twice in the bottom of the sixth inning to come from behind and beat the Wakefield Merchants 5-4 in Lexington. Ross Curley reached on a fielders choice to bring home Anderson Jimenez with the tying run before Curley scored the winning run on an error. Bill Christopher (1-0) got the win and Manny Delcarmen recorded his fifth save. Joseph Maguire (4-3) took the loss. Jake Nardone drove in two of the Merchants runs.

In Melrose, Central Catholic rookies Jack Anthony and Nick Remy (1-0) combined on a six-hitter when the Andre Chiefs beat the Americans 3-1 in eight innings. Anthony went the first six innings while Remy struck out four batters over the last two frames to pick up his first win. Nate Witkowski led the Chiefs offense with a couple of doubles. Charlies Huegi had two hits as well as the Americans’ RBI. Nick Colucci (0-2) took the loss in relief of Mike Peters and Chris Mitchell.

The Americans visit the Malden Maddogs at 7:45 PM at Maplewood and Blue Sox entertain the Chiefs in Lexington in the two ICL games on the Friday night schedule.

Zach Kirby tossed a four-hitter, striking out 11, to get the Andre Chiefs a 4-1 win over the Blue Sox in Lexington. Steve Passatempo led the Chiefs with a two run homer and Andrew Caulfueld had an RBI double. Kirby (4-3) allowed only an unearned run in the third inning. Aaron Barbosa had two of the Blue Sox hits and scored their only run. Mike Geanellis (3-1) took his first loss.

Gabe Van Emon (2-0) struck out 10 in 4.2 innings, and combined with Anthony Sapenza and Jack Theriault on a one-hitter, when the Reading Bulldogs blanked the Royals 6-0 in Somerville. Brendan McDonald led the Bulldogs offense with a pair of doubles and three RBI while Darren Hartwell chipped in with a couple of hits and an RBI. The trio of Reading pitchers struck out 13.

Mike Maguire scored twice and had a three hits including a triple, and Teddy Dziuba drove in two runs, to lead Alibrandis to a 3-1 win over the Melrose Americans at Victory Field. Brian Tanguy (1-0) went four innings to record the win and combined with Nate Beck, Bryan Saffelle and Anthony Delprete, who all threw a scoreless inning, on a four-hitter. Josh Bohn had a triple and a single and scored the Americans’ run in the second inning.

The Malden Maddogs-Wakefield Merchants game was postponed due to wet grounds at Walsh Field.

ICL action continues on Thursday night with two games. The Americans host the Chiefs at Morelli Field in Melrose at 7:30 PM and the Merchants and Blue Sox tangle in Lexington at 8:00 PM.

Kyle Hawes and Cooper Marengi each drove in a couple of runs when the Bulldogs scored six times in their last two at bats to take a 6-1 win over the Lexington Blue Sox in Reading. Jack Wallace (3-1) allowed just three hits in five innings to get the win. Kevin Scanlon (0-1) took the loss in relief of starter Matt Karis.

The Malden Maddogs made three first inning runs standup and went on to shutout Alibrandis 3-0 at Victory Field.

In Wakefield, the Merchants and Somerville Royals split a doubleheader. The Royals took the opener 4-3 and the Merchants came back to win the nightcap 3-1.

On Monday, Alibrandis visits the Americans at Morelli Field in Melrose at 7:30 PM and the Andre Chiefs host the Royals at Maplewood at 8:00 PM.

Eduardo  Soto had a double and drove in both runs when the Somerville Royals edged the Reading Bulldogs 2-1 at Morelli Field. Cal Carroll (1-0-1) got the win with four innings of one-hit ball, striking out six.

Pat McGowan (2-0) picked up his second win of the year, with help from Mike Geanellis in the fifth, and Manny Delcarmen, who recorded his fourth save, when the Blue Sox beat Alibrandis 2-1 in Lexington. Aaron Barbosa had an RBI for Lexington while a Teddy Dziuba double accounted for the Alibrandis’ run in the top of the seventh. Sean Sullivan (2-2) took the loss.

There are no ICL games scheduled for Friday or Saturday. 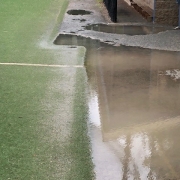 Heavy thunderstorms have caused the postponement of all four games that were scheduled on Wednesday night in the ICL.

Zach Kirby (3-3) tossed a complete game five-hitter, striking out 11, when the Andre Chiefs beat the Melrose Americans 5-1 at Maplewood. Nate Witkowski hit a solo homer and Tony Serino had two hits to lead the Chiefs offense. Ian Libby had two of the Americans hits.

It was the only ICL game on Monday.

A full slate of ICL games is on tap for Tuesday. The Chiefs play the Malden Maddogs at Maplewood and Alibrandis hosts the Reading Bulldogs at Victory Field in 7:45 PM starts. At 8:00 PM, the Americans visit the Blue Sox in Lexington and at 8:30 PM the Wakefield Merchants and Somerville Royals tangle at Trum Field.

The Reading Bulldogs took both ends of a doubleheader from the Malden Maddogs on Sunday afternoon at Morton Field. The Bulldogs won the opener 3-2 and then stormed back to win the nightcap in walkoff fashion 4-3.  Kyle Wolman went 6.2 innings in game one, allowing just four hits, to even his record at 2-2. Darren Hartwell, Tyler Cedno and Zac Talis had two hits each and Cooper Marengi had a solo homer to lead the Bulldogs. Garrett Siegel (1-1) took the loss.  In the second game, Chris Webster delivered a walk off single in the bottom of the seventh, when the Bulldogs scored twice, to take the come from behind 4-3 win. Cedeno and Talis had three hits each to lead the Reading 13 hit offense. Max Mardany struck out four over the last 1.2 innings to grab the win.

In Wakefield, Chris Johnson (1-2) tossed a complete game three-hitter, striking out nine, to lead the Merchants to a 7-0 shutout win over the Andre Chiefs at Walsh Field.  Bobby Losanno, Mike Sorrentino, Tyler Lyne and Kevin Lucey each had a couple of hits for the Merchants. Tim Dunphy (3-1) took his first loss of the season.

Joe Ward homered and Graham Smith, Nick Valdario and Sean Harrington added two hits each when the Somerville Royals beat Alibrandis 7-5 at Victory Field. Mike Goodin (1-0) went the distance to gain his first win of the year. Matt Horan (1-2) was tagged with loss.

The Chiefs host the Melrose Americans at Maplewood at 8:00 PM in the lone ICL game that is scheduled on Monday.

The Intercity League lost an historic 2-1 Eastern Mass Amateur Baseball Classic game to the Boston Park League in the opener of the 2019 tournament. 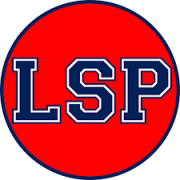 Once again the Eastern Mass Amateur Baseball Classic will be broadcasted by Local Sports Productions. Sam Feeley and his team will be live streaming all of the action.

The tournament takes place on Saturday July 13. The Intercity League will take on the Boston Park League at 11:00 AM. The Cranberry League and Yawkey League will meet at 2:00 PM. At 5:00 PM the winners will meet for the Eastern Massachusetts Baseball Classic Championship.

To view the action, go to the following link
https://www.localsportsproductions.com/live/