You are here: Home1 / News and Notes2 / Lexington wins game one, 1-0 over the Chiefs

Lexington – Lexington scored the only run of the game in the fifth and held on for a 1-0 win over the Andre Chiefs Wednesday night. The victory gives the Blue Sox a 1-0 lead in the best of three semifinal series.
Mitch Schroeder started the rally with a one-out opposite-field single to right. Morgan Brown followed with an infield single putting runners at first and second. Dom Zaher grounded out to second to move the runners up. Aaron Barbosa beat out a ground ball in the hole at shortstop and Schroeder crossed home with what would be the sole run of the game.
The game was a classic pitcher’s duel as starting pitchers Mike Geannelis for the Sox and Tim Dunphy for the Chiefs matched zeroes.
Geannelis retired the last 12 batters he faced and the first five. His only rough spot was in the second when the Chiefs loaded the bases after two outs. He induced an infield popup from Mike Burgoyne to end the threat. In his six innings of work, Geannelis threw 66 pitches, 49 for strikes. He also threw a first-pitch strike to 20 of the 22 batters he faced.
Dunphy was also efficient facing two batters over the minimum through four innings. He retired nine of ten batters before the fifth inning rally by the Sox.
The Chiefs rallied in the seventh against Lexington closer Manny Delcarmen. Kyle Dembrowski and Andrew Caulfield each reached on infield singles to put runners on first and second with no outs. Both runners moved up when an attempted pickoff of pinch-runner Evan Reynolds failed. Delcarmen then struck out the next three Chiefs on 10 pitches to close out the game.
The teams play game two of the series Thursday night at Pine Banks Park in Malden. Game time is scheduled for 7:45. 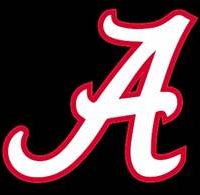