You are here: Home1 / Franchise Awards

The North Cambridge Athletic Association were the dominant team when the ICL was born in 1950. Although records of the first decade are somewhat scarce, the North Cambridge team won eight championships from 1950-1959 under the guidance of Hall of Fame inductees Harry “Red” Butland and Jimmy Quinn. Outstanding players on this team were another Hall of Fame inductee Dick Rigazio, Bob Daley, Ed Landry, Bob Nadeau, Mickey McBride, Dick O’Brien, Frank Carney, Bob Glebus, Al Pepitas, Gerry Marolda, Teddy Martin, Bob Carr, Johnny Powers, Fran Connelly and Lenny Girouard. The team played its home games at Rindge Field in Cambridge and was by a wide margin the superior amateur baseball team in the Eastern Massachusetts area.

The North Cambridge Athletic Association’s superiority in the then named “Carling Intercity League” continued from the 1950’s right into the first half of the 1960’s. The team won five more league championships in 1960, 1961, 1962, 1963 and 1965 behind the legendary Jimmy Quinn. The only interruption to the North Cambridge remarkable streak came in 1964 when they were upset and dethroned by the Wakefield Merchants. Their amazing run finally came to an end in 1965 after North Cambridge had won an incredible ten titles in an eleven year span. 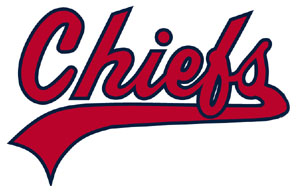 The Hosmer Chiefs of the 1960’s receive a “Special Recognition” induction as they were the winners of seven league championships during the decade. They played in the Suburban Twi-League until re-entering the ICL in 1968. The team won five straight Suburban titles (1961, 1962, 1963, 1964 & 1965) and two more in 1968 & 1969, their first two years back in the ICL. During the decade the Chiefs were named the top amateur baseball team in America. The Chiefs were managed by Ernie Ardolino in 1960 and Lenny Dempsey from 1961-1967. Joe O’Donnell took over in 1968 and led the Chiefs to two straight pennants and titles as the decade came to close. In the early and middle part of the decade, the pitching mainstays were Fred Knox, Eddie McCarty, Roger Uletzen, Tommy Mandile & Jackie French. Regular’s Dempsey, Paul Stagliano, Richie & Eddie DiGiacomo, Gordie Lewis, Sonny Lane, Charlie Pagliarulo Sr, Arthur Brophy, Tom Cangiano, Fran DeAngelis and Bob D’Agostino were the leading hitters. In the O’Donnell era, which began in 1968, Jackie Armstong, Sammy Greenwood, John Aquino, John Emery, Pancho Webb, Ricky Shannon, Eddie Rideout and O’Donnell led the way offensively while guys like Knox, Ronnie Corbett, McCarty and Dave Katz led the pitching staff.

The decade of the 1980’s was a draw between the Augustine’s A’s, who dominated the early part, and the Melrose Rams who owned the later years. The A’s won four consecutive ICL Championships (1981, 1982, 1983 & 1984) under the guidance of manager and ICL Hall of Fame inductee Joe DiSarcina. Along with DiSarcina, and later to be manager in 1984, Fred Campatelli (another ICL Hall of Fame inductee), Kevin Giannino, Andy Brickley, catcher Billy Ryan, Joe Barresi, Mike Romano, John Brickley and Wally Polhe were the offensive standouts. A strong pitching staff comprised of stars such as Dave Caiazzo, Dick Newton, John Wood and Mark Ricker led the Malden based club on the mound. The A’s were sponsored by the popular Augustine’s Restaurant on Route One in Saugus and were led off the field by General Manager Ed Larson.

The Rams (named after the initials of manager & owner Dr. Richard A. Morelli) burst onto the ICL scene in 1985 and then went on to record four straight titles in 1986, 1987, 1988 and 1989 to close out the 1980’s. Their home field was the brand new Morelli Field in Melrose which was constructed for the Rams by Dr. Morelli. Mike Kalfopulos, Larry Blauvelt, Bob Merlina, Rick Foresteire, Mike Turilli, John Spencer, Frank Morelli, Bob Lessard, Brian Kelleher and Chip Forrest were among the Rams big hitters. The Rams had outstanding pitching with Steve Capozzi, Butch Martell, Dennis Livingston, Steve Donovan, Sean Gorman, John MacDonald, Matt Schulman and Dan Farrell leading the way during the championship years.

The Chiefs return to ICL dominance began in 1990 when they upset the Rams in the semi-finals and went on to beat the A’s in the championship. During the decade, the Chiefs won four ICL championships, 1990, 1992, 1995 & 1997, made ten straight post season appearances and reached the finals six times. They enjoyed three of the best regular season records in the history of the ICL, going 28-3-4 in 1992, 26-4-3 in 1995 and 28-2-3 in 1997. The Chiefs began both the 1995 and 1997 seasons by going undefeated through their first 18 games. The core of this team stayed together for the entire decade with Hall of Fame inductee Dave Clivio, Mike Langston, Warren Olson, Alex Masel, Mike Romano, Hank Landers, Mike Barnes, Joe Rizzo, Rob (Zeytoonian) Zorian, Steve Daley, Eddie Carnes, Justin Crisafulli and Matt Vecchio being a tough group to beat at the plate. The pitching staff was solid top to bottom starting with 120 career game winner Dave Marsters. Joining Marsters on the staff were Ari Koufos, Jon Drew, Joey Santagate, Colin Young, Jay Dillon, Steve McCormick, Ron Laham and Steve Silvio, just to name a few. This group was bolstered by the addition of fire-balling righty Mike Carista from 1995-1998. Chuck Andre’s Chiefs won an amazing 276 games over the ten year stretch.