You are here: Home1 / News and Notes2 / Walk-Off Wins on Monday for Blue Sox & Chiefs

Ross Curley’s walk off grand slam home run delivered a 9-5 win for the Blue Sox over the Watertown Reds on Monday night in Lexington. Alex Voitik hit a three run homer in the first for Lexington. Watertown took a 4-3 lead in the 5th on Dan Chaisson’s two run double.
Blase Cormier scored on a wild pitch in the 6th to give the Reds a 5-4 lead.
Worth Walrod pitched 6.2 innings and took his first loss of the season. He struck out eight.
Former Boston Red Sox righthander Manny Delcarmen pitched the 7th inning, striking out two, to record his first ICL win.

The Andre Chiefs got key late inning doubles from Johnny Welch and Danny DiMare, then saw Shane Stande draw a bases loaded walk in the ninth inning, to come from behind and beat the Melrose Americans at Maplewood 5-4. Dave Center hit his third home of the year in the sixth inning to give the Americans a 4-2 lead. Welch drove in three runs with a sacrifice fly and his two run game tying double in the bottom of the seventh. David Kerns (2-1) got the win with two innings of scoreless relief. 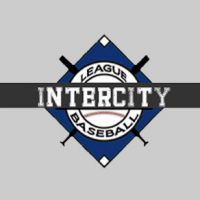